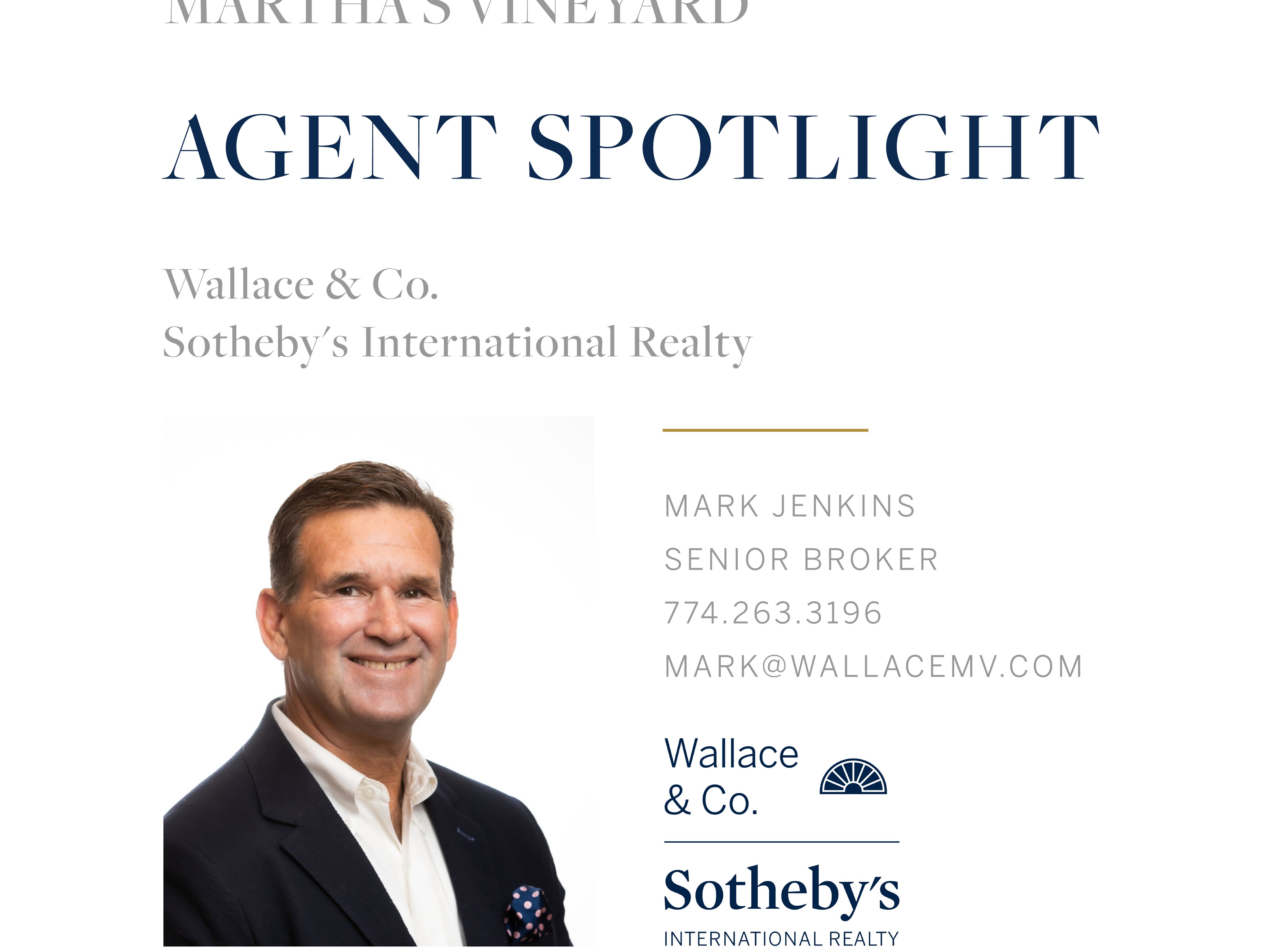 Mark Jenkins is a senior broker at Wallace & Co. Sotheby's International Realty, and is consistently one of the top-producing brokers on Martha’s Vineyard. He specializes in bringing challenging properties to market and also helping buyers find their dream homes on the Island. Mark is known for his deep familiarity with the real estate market and expertise in zoning and conservation. Mark originally came to us from the worlds of publishing. He authored 11 published books, including two Book-of-the-Month Club selections, and his byline has appeared in magazines as diverse as The Atlantic and Rolling Stone.

Mark enjoys being outside and belongs to a hardy band of fellows who play tennis outdoors year-round - even when clearing the court requires a snow shovel. He is also an avid squash player, hiker, and body-surfer. Mark lives in Oak Bluffs with his partner Patty and helped raise her two sons Asa and Truman. Having grown up in South East Asia, Mark enjoys international travel to exotic locations. Mark is active in our local community, and served for several years as volunteer board president of Vineyard House, a 501(c)3 charity that provides housing for Islanders in early recovery from substance abuse.

As board president and founding member of the capital campaign committee, Mark spearheaded the completion in late 2014 of a state-of-the-art residential facility to replace Vineyard House's aging infrastructure, and coordinated the sale of its multiple real estate assets through Wallace & Co Sotheby's International Realty, which handled the transactions pro bono. Mark in Paris with Partner Patty Summit of Gunung Agung in Bali, the tallest mountain in South East Asia, with my stepson Truman Mark as Board President of the Vineyard House, presiding over the groundbreaking ceremony for that island charity’s new 11,000 sq ft facility, an event attended by State Rep Tim Madden and other dignitaries.